Life in the universe may not arise out of sheer luck if Mr. England is correct. As energy naturally dissipates overtime, life becomes unavoidable as organic matter is better at dissipating energy. Whether life happens at this or that exact point in space and time is random. But it has to happen somewhere, probably in tons of places at the same time, given the size of the universe.
From the Daily Mail: "Life on Earth wasn't down to luck, its development was as inevitable as ‘rocks rolling down a hill’, claims physicist"
"It has often been said that one of the reasons we are yet to find life elsewhere in the universe is that it is rare; most think the development of life on Earth was a fluke.
But one of the most prominent young physicists in the world has claimed otherwise, saying that he thinks life is as inevitable as inorganic matter... The theory has been presented by 31-year-old physicist Dr Jeremy England from the Massachusetts Institute of Technology.
...
Dr England’s idea is based around entropy; namely, energy spreads out or dissipates over time. For example, a cup of coffee left in a room will eventually reach the same temperature as the room itself.
Energy will always seek the path of least resistance if left to its own devices, which is why things in the universe - including the universe itself - tend to ‘spread out',  also known as an increase in entropy.
...
the underlying aspect of his theory, is that while all matter - from rocks to plants - absorbs and dissipates energy, life is much better at redistributing it.
This means that, taking the coffee cup example but this time using molecules swimming in an ocean, the atoms will reorganise themselves into life because it is better at dissipating the energy in the water.
...
If true, the implications of Dr England’s theories are vast. Perhaps most importantly, it may suggest life elsewhere in the universe is not as rare as once thought, but rather is as common as planets and stars themselves.
...
By Nguyen Ba Thanh No comments:

India to reach replacement fertility by 2020, Africa next in line?

It looks like another bastion of high fertility is falling fast. Indian fertility used to be 5.5 births per woman in 1970. What will happen after 2020? What if Africa is to follow India in the decades ahead? What if humans are the same everywhere, they will act the same when put in similar conditions?
From The Hindu: "India to reach replacement levels of fertility by 2020"
Fertility is falling faster than expected in India, and the country is on track to reach replacement levels of fertility as soon as 2020, new official data shows.
The 2013 data for the Sample Registration Survey (SRS), conducted by the Registrar General of India, the country’s official source of birth and death data, was released on Monday.
The SRS shows that the Total Fertility Rate – the average number of children that will be born to a woman during her lifetime – in eight States has fallen below two children per woman, new official data shows.
Just nine States – all of them in the north and east, except for Gujarat – haven’t yet reached replacements levels of 2.1, below which populations begin to decline. West Bengal now has India’s lowest fertility, with the southern States, Jammu & Kashmir, Punjab and Himachal Pradesh. Among backward States, Odisha too has reduced its fertility to 2.1.
“At 2.3, India is now just 0.2 points away from reaching replacement levels. Fertility is declining rapidly, including among the poor and illiterate. At these rates, India will achieve its demographic transition and reach replacement levels as early as 2020 or 2022,” Dr. P. Arokiasamy, a demographer and Professor at the International Institute for Population Sciences (IIPS), Mumbai, explained to The Hindu.
...

By Nguyen Ba Thanh No comments: 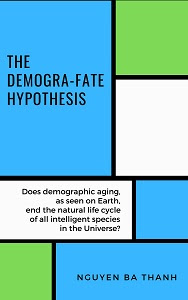